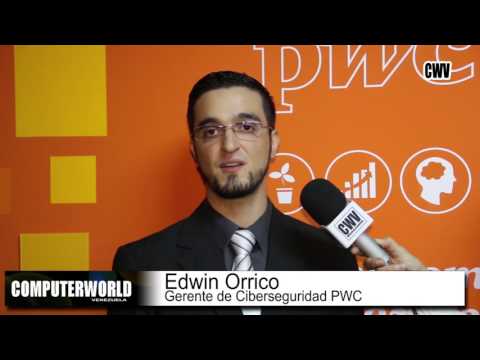 EDIT 2014-08-01 See also pierebel0 Seed the Chain
Please read this carefully and be forthcoming with your views. It’s important to the future of World Crypto Network.
As many of you may know pierebel0 (Nick) and I have been working on an idea and since then we have been putting together diagrams and a plan.
Basically we want to get open source software to regions of the world that have poor internet connectivity and are in need of most financial innovation. This would be like an airdrop of items including:
Nick's initial idea was to produce a list of villages and towns ranked by bandwidth and we would then give each place a Bitcoin donation address.
We could use a map of the world using the open source CoinMap. A page on the World Crypto Net website called Join the Revolution. Members of the audience, hosts of the show and any willing participants in the global campaign can sign up and put themselves on the map.
We could then setup a Bitcoin Wallet in Armory and assign a Bitcoin address for every viable village and town in the world.
Our audience will be invited to vote on which town or village they wanted as to do an Open Source Airdrop on by sending bitcoins to that address. Each donation would be like a vote. We would set targets on each location based on the most cost effective way of delivering it and then let the market decide what order we should go in. We would probably want to weight it to regions that had the most potential to benefit from the project.

Now the next question that came up is how to handle the funds responsibly?
Up until now people have just trusted Thom and I and sent us money. But if we are going to practice what we preach in this brave new community then what better opportunity to try out a DAO. Recently I reinstalled Bitcoin Armory to try out the new Multisig and multipart paper backup features and I suggest the following process for discussion:
Key decisions will be things like: * How the election should take place? * Using the block chain as a clock on which Bitcoin Block should it commence? e.g. the election takes place at block height #312,020
Once elected each person is given a number at random.
Everyone, the audience and elected 7 included are encouraged to publish their raw public keys (in hex, not the normal address) so that we can create ad hoc multi-sig wallets with one another on a project by project basis.
I would also like to include the ability for the audience to become hosts and participants and even allow them to seize the funds by co-operating with members of the elected 7. This would mean dividing up 1 of the 7 root keys in to smaller junks like with a multiple encrypted zip file or something.


Thoughts and things to consider:

What I particularly like about splitting up the keys is that we could even engineer it to make sure that no more than 2 members of staff are elected per country. That way no single authority could shut down the World Crypto Network.
It’s also important to note that the elected staff and random custodian are just admin staff. Everyone’s a leader at WCN and the role of the people at the top is to give the people at the bottom everything they need to get their job done. All the custodian is doing it making sure the web hosting is paid for and that the donations get sent to the right people.
Individuals within the organisation are still responsible for their own projects and fundraising. None of the elected 7 can stop you from soliciting money for your hard work. But they might come in handy if you want to set up a project for a 3rd party like Let’s get Nepal on a Meshnet and you would like to setup a 2 of 3 multisig wallet of which one of them could be the custodian. This would lend you credibility when you market your project and make people more likely to donate.
We could also not bother with the initial election and just self appoint the first 7 people and just rotate the duties every 15,000 blocks.
Also Thornbreaker (Jamie Nelson) mentioned that we should come up with a manifesto. I think this is a good idea and we could do it on Github or a Wiki.
Thank-you for your time, I look forward to your reading thoughts.

The ultimate back-up plan: Your private key, stored in the block chain, encrypted

Browse to the location of the bitcoin-backup directory and delete it. Mac and Armory. Users of Armory on Mac face a tricky problem when trying to move the Bitcoin Core data directory. Armory only recognizes the default data directory on OS X. Moving it means that Armory will no longer function. Fortunately, the solution is relatively simple. Create a symbolic link from the new data directory ... There are two variations of the original bitcoin program available; one with a graphical user interface (usually referred to as just “Bitcoin”), and a 'headless' version (called bitcoind).They are completely compatible with each other, and take the same command-line arguments, read the same configuration file, and read and write the same data files. If you installed Bitcoin Core into the default location, type the following at the command prompt to see whether it works: C:\Program Files\Bitcoin\daemon\bitcoin-cli getblockchaininfo Note: it may take up to several minutes for Bitcoin Core to start, during which it will display the following message whenever you use bitcoin-cli: error: {"code":-28,"message":"Verifying blocks..."} After it ... The Bitcoin blockchain is even broadcasting via satellite on Galaxy 18 with Blockstream, free of charge- no subscription to Iridium or HughesNet necessary; simply point a 36” satellite dish in the right direction at the sky, connect a laptop running LINUX and a power-user can maintain the entire Bitcoin blockchain, or distributed ledger, without relying on the Internet- even without the grid ... QT connects off-chain systems like banking or trading products and services to blockchain data. QT node infrastructure makes it easy for anyone building a wide range of Web 3.0 applications to validate transactions, obtain information about them (query), and write data such as transfers or smart contract interactions (transactions).

-Bitcoin Core Aktuelle Version : 0.13.1 (Aus dem Video) 4-5 Tage Dauert das Runter laden der 115BG grossen Blockchain . Nur mit diesen Client (bitcoin-qt.exe) und TOR bist du recht sicher. In this video, I explain what the Bitcoin blockchain is, as well as what Bitcoin miners and Bitcoin full nodes do. The Bitcoin blockchain is simply a series of blocks, strung together. A new block ... blockchain how to make a bitcoin wallet coinmama what is bitcoin bitcoins bitcoin price buy bitcoin bitcoin mining bitcoin wallet bitcoin value buy bitcoins btc bitcoin exchange cryptocurrency ... Wherever you are in the world, the Bitcoin Cash Map app lists the location of brick and mortar stores that let you pay with Bitcoin Cash. Discover nearby merchants, or add your own business to ... BITCOIN tagalog pinoy BLOCKCHAIN Wallet Address Disclaimer: The Video i presented is for information and educational purpose only. Im not representing any company or project mention on the video ...